Experimental-Only Content: This information has been updated to the V2.X version of IC².
The most recent version of IC² is V2.8.221. 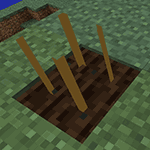 First, we'll make some crops. The crop block allows for seeds to be placed inside to grow, or another crop block can be placed on it to cross-breed 2 adjacent plants. 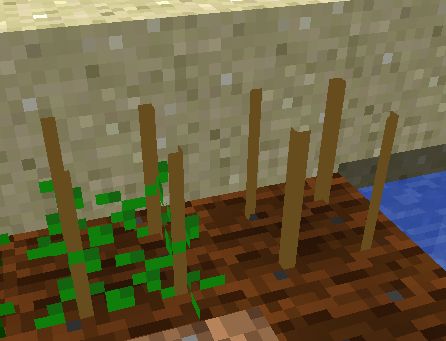 Weeds in a crop block

Weeds are a destructive and invasive plant that will grow on open crop blocks. When weeds fully mature, they can spread to other crop blocks, destroying other plants.

There are currently 2 ways to deal with weeds:

A Weeding Trowel can be used to remove weeds from a crop block without needing to break the crop. The weeds will be dropped, and can be used to make Bio Chaff.

Weed-EX prevents weeds from growing on open crop blocks. However, Weed-EX will cap the stats of the crop inside the crop block it was used on at 10.

Cross breeding is accomplished by placing another crop block onto an empty crop block between two crops.