Main page mentions that Nuclear Reactor has chance of exploding, however it does not mention any clear indication of reactor going to explode nor is it cooling related or not.

It would help alot if there could be found some statistics what is chance of non cooled reactor to explode and how to make cooling that eliminates the chance of unhoped meltdown.

In addition to above MFS_Unit is very recommended to use to collect power output from Reactor.

Well idk the chance of explosion without water, but with water the chance is 0,0005% per frame (if i mention right)

I was wondering what the blast of the reactor would be, as in: how many TNT would equal it. Not I'm anxious, but just wondering, as I have never witnessed a nuclear blast.

Nukes and reactors dont got the same explosion like TNT^^ they are "silent" :P

Like nukes and TNT, does being submerged in water stop a reactor's explosion from damaging other blocks?

Somebody said reactor evaporates nearby water after reaching certain temperature, so it a) would no longer cool it and b) would not stop the explosion --TakeruDavis 19:23, 13 October 2011 (CEST)

After reaching a certain temperature, the reactor turns water into lava... so it gets even more heat^^

by Feanturi(Changes Water)
Once again, I would refer to "somebody said" (... it turns solid blocks into lava), but since I see you are Dev, I have to trust you. Also, havent read (on Nuclear Reactor page itself) about lava being external heat source (even though it naturally would be, game mechanics could have been different...).
I wonder about three things... 1)is this created lava collectable by buckets (= is it made of lava source blocks) and 2) does adjaced Ice block (not stack inside reactor) cool the Hull as well or does only water cool it? 3) just to clarify... it does not work with buildcraft pipe systems, does it? cause sadly, I could not connect them to reactor, while macerators, E-furnaces and other stuff was no problem... (3b-any chance you change that? )--TakeruDavis 03:20, 14 October 2011 (CEST)

One more question, it seems like RedPower mod wirings do succesfully stop Reactor only when it goes directly into Reactor, however it does not work when applied to adjaced chamber. I know compatibility of two different mods is usually least of issues devs need to solve, as nobody can be sure what players actually install and what they dont... still, (after all, both IC and RedPower... and previously mentioned BuildCraft were all in merged into one pack) if you have an idea, why could that be and if there is any solution to that, we would be GLaD. --TakeruDavis 15:51, 14 October 2011 (CEST)

Oh, it (reactor + pipes) does work, but not with chambers, pipe needs to go into reactor itself. Just as same as powering with redpower instead of redstone ...--TakeruDavis 03:13, 15 October 2011 (CEST)

* What? People who have built and use Reactors using IC2 are saying water evaporates into air and solid blocks turn into lava on the forums. --Trifler 04:39, 14 October 2011 (CEST)

I have found a way to get the absolute most from a nuclear reactor! :D the setup below appears to never drain coolant cells and leaves plenty of room for integrated reactor plates!(cc=coolant cell, rp=integrated reactor plates, uc=uranium cell. hope you find this useful. works with reactor with 6 chambers. Cannot guarantee this will work if altered) 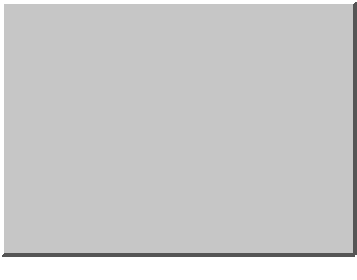 Well, this layout might be one of safest, but definitively not one that gets most from the reactor. Read more about reactor efficiency (placing Uranium cells right next to each other would increase their output) --TakeruDavis 23:27, 15 October 2011 (CEST)