Difference between revisions of "Diamond Drill"

Of course, you can now complain about the energy hunger of "a simple tool". But yet, did you realise that the D-765 Mining Drill is completely unbreakable?! 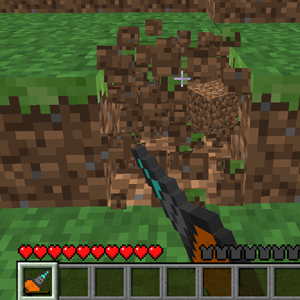